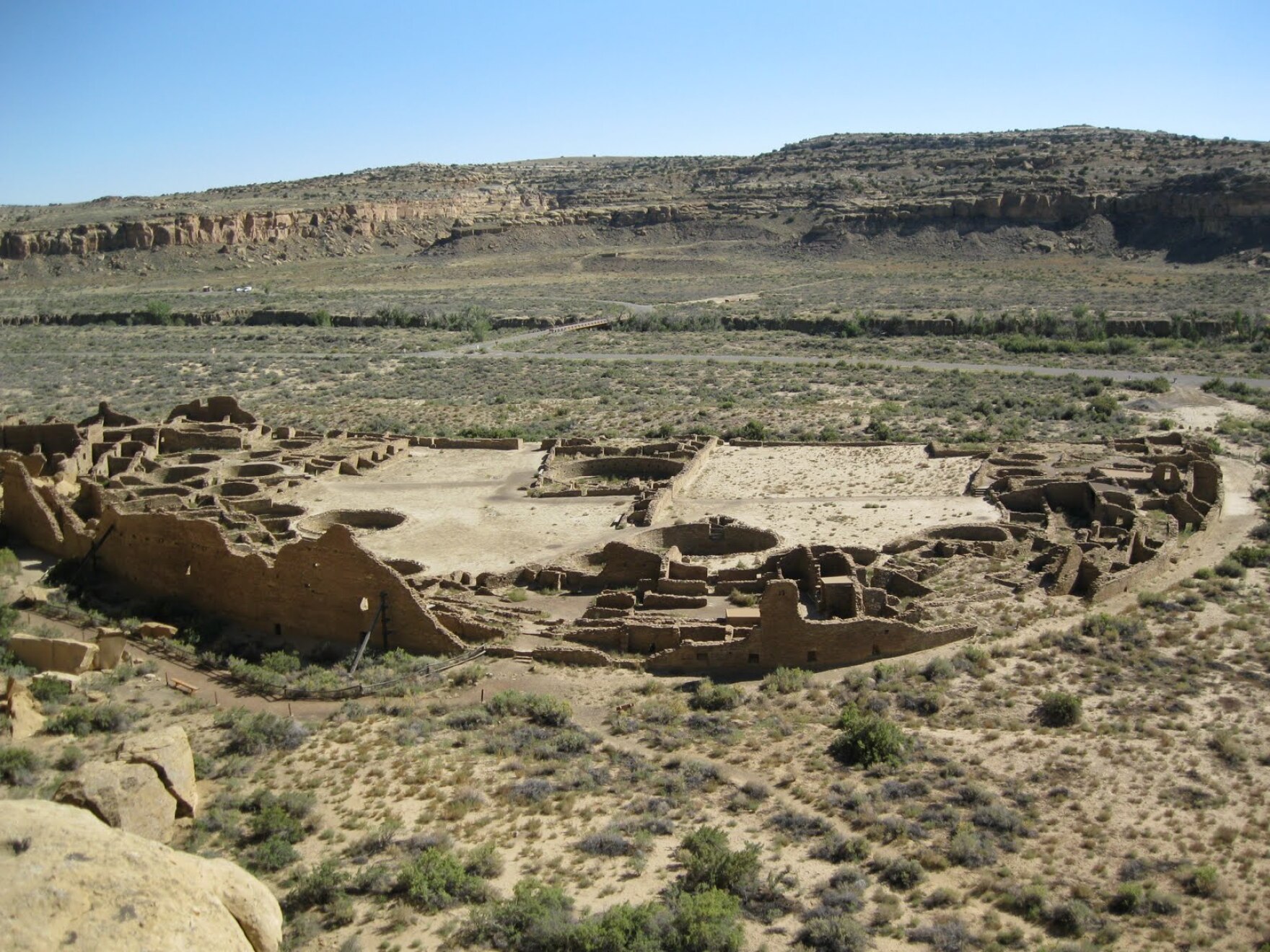 The Bureau of Land Management wants to expand environmental protections around Chaco Canyon in New Mexico after the Biden Administration first announced the plan last year. This week, it held the first public meetings about its proposal.

The agency laid out plans at three meetings to restrict new oil, gas and fracking leasing on more than 350 thousand acres of public land around Chaco Culture National Historical Park.

That’s about a ten mile radius around the park which is in Northwest New Mexico. It would also restrict new mining operations within that area. The proposal, which is officially known as a federal withdrawal, would not affect any existing leases if approved. 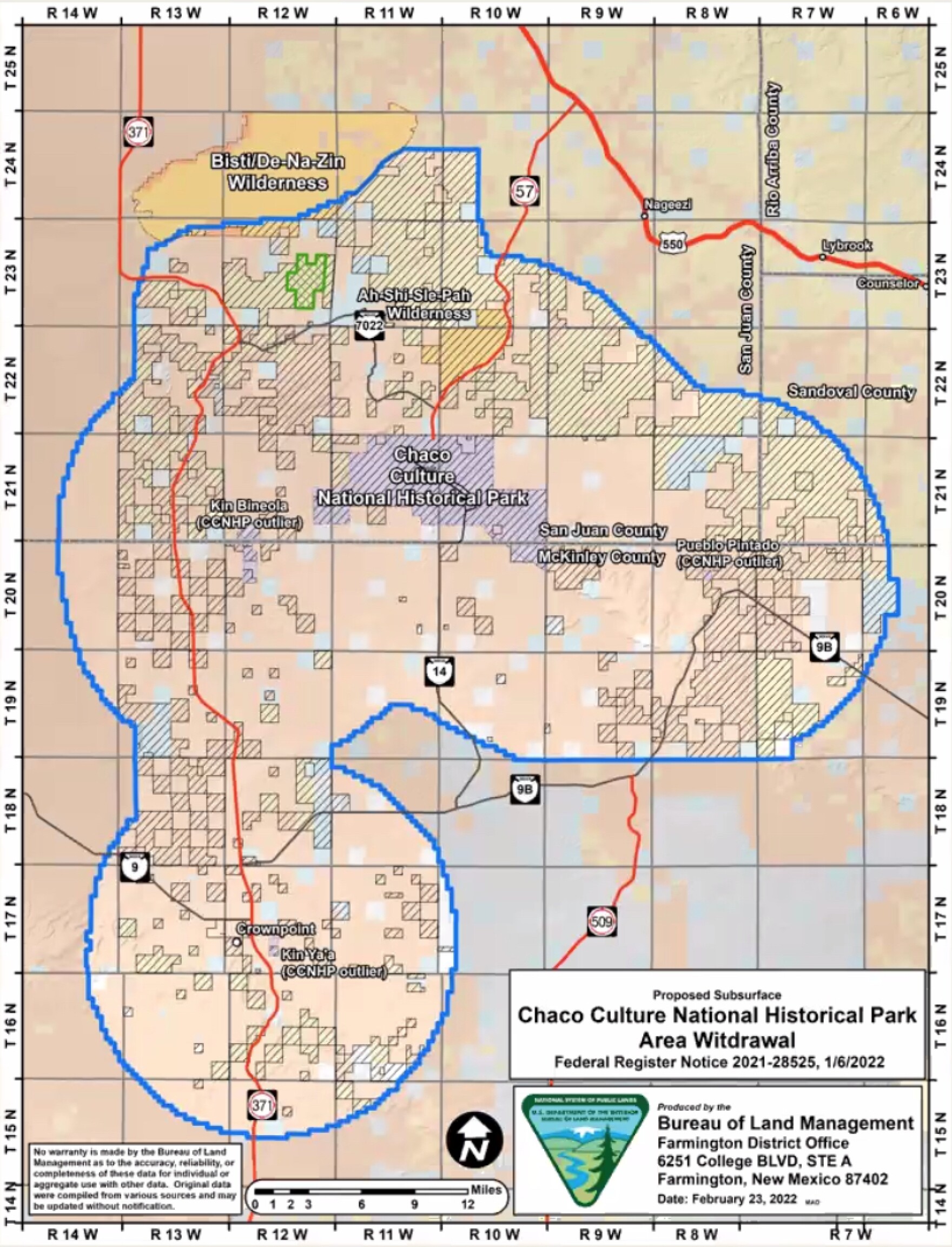 A map showing the proposed expansion of protected land around Chaco Culture National Historical Park. The blue border represents the proposed ten-mile radius of protected land. The shaded areas within that represent land that will be off-limits to new oil, gas and fracking leases if the BLM's proposal is approved./Courtesy of the Bureau of Land Managment

“As we move forward into this,” Schmidt said at one of the meetings, “you'll see that the agencies, the tribes, interested parties will have an opportunity to engage with us and other agencies as we try and make good decisions in the greater landscape for Chaco.”

Schmidt also said the BLM plans to hold two more hearing-style meetings about its proposal where the public will be able to make comments on the record. Formal comments were not permitted at this week’s meetings.

But some members of the public said officials aren’t doing enough to get information on the proposal to tribal members who lack internet access or have language barriers. Carol Davis is one community member who spoke at the meeting on Thursday.

“These public meetings have not been accessible to many frontline community members, because there is no interpretation,” she said. “There are a lot of people in those communities that are not fluent in the English language. And this latest meeting is online. That's also a big issue, because a lot of our Diné community members do not have internet access.”

Joseph Hernandez is from Shiprock, NM and was also at the meeting. He expressed concerns about potential negative economic impacts of halting fossil fuel leasing.

“Is this process going to be working with other agencies within the federal system to help you provide an economic opportunity or help communities here transition away from the fossil fuel industry?” Hernandez asked at Thursday’s meeting.

The BLM has already halted any new leasing in the expanded area for at least two years while its proposal is under review, and officials at the meeting did not say whether they would or would not be providing economic assistance.

A number of tribal nations surround Chaco Canyon, including the Navajo Nation. Navajo President Jonathan Nez and Vice President Myorn Lizer sent a letter to President Biden last year opposing the expanded protection area, citing that it could damage the livelihood of tribal community members in the area.

Details on the BLM’s Chaco Canyon proposal can be found on the agency’s website and the federal register. A public comment period that started last month will continue until April 6.