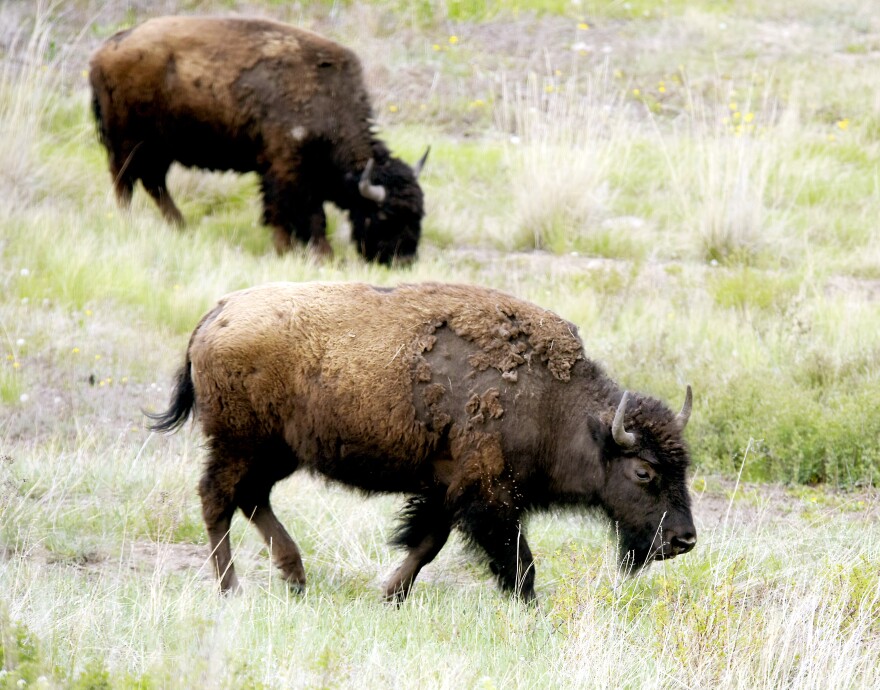 A herd of bison graze near the trail inside the bison range. Freddy Monares | Montana Public Radio

Moiese, Mont. — A narrow gravel road takes visitors zig-zagging up a mountain, alongside a creek, and, if they're lucky, they'll see buffalo roaming freely on the terrain.

The bison range sits on more than 18,000 acres of undeveloped land in northwest Montana — land taken by the U.S. Government without the consent of the Confederated Salish and Kootenai Tribes.

In 2020, Congress passed a law that transitions management of the land from the U.S. Fish and Wildlife Service back to the Confederated Salish and Kootenai Tribes. U.S. Interior Secretary Deb Haaland, who signed off on the law last year, said with the loss of tribal homelands in the early 1900s and depletion of bison herds, Plains tribes lost traditional connections with the mammal.

"But in spite of that tragedy and loss, we are still here. You are still here. And that's something to celebrate," Haaland told a crowd celebrating the restoration of the bison range at the Salish Kootenai College over the weekend. 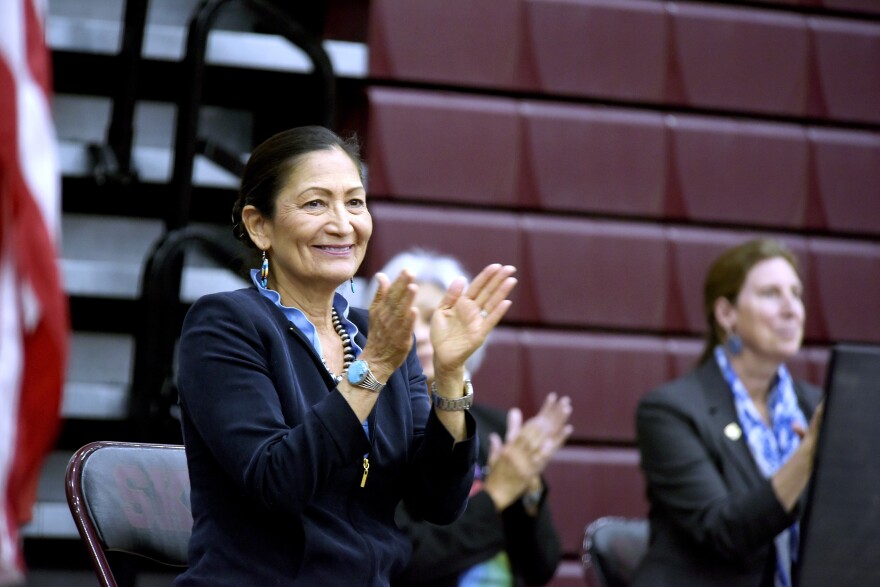 She said returning management of the land to the tribes is a culmination of Native peoples' resilience, conservation guided by Indigenous knowledge and the Biden administration's commitment to honor treaty obligations. She called it a return to something pure and sacred.

"When our Indigenous ancestors lived on this land alongside the plethora of animals, and they each respected their place and the balance of nature," Haaland said.

She said the people then relied on bison for food and subsistence, believing future generations would do the same.

"We all know history took a brutal and tragic turn after that," Haaland said, referring to settlers colonizing Indigenous people and hunting bison near extinction.

And that history wasn't represented accurately at the bison range's visitor center. Whisper Camel-Means, the tribes division manager for the wildlife refuge, said under the Fish and Wildlife Service supervision the tribes' story wasn't quite correct. She said the exhibits there previously used a different tribes' word for bison.

The Confederated Salish and Kootenai Tribes have corrected inaccuracies at the visitor center located on the Flathead reservation. They previously tried to change the information but couldn't because they said the Fish and Wildlife Service prioritized wildlife preservation.

The visitor center is now open, featuring new exhibits that better reflect the tribes' involvement in bison conservation. Oral histories now included there recount how the U.S. discriminated against and excluded tribal members from land management operations when it was turned into a wildlife refuge.

A documentary recently produced by the tribes titled "In the Spirit of Atatice" sets the record straight about who initially brought bison to the area. 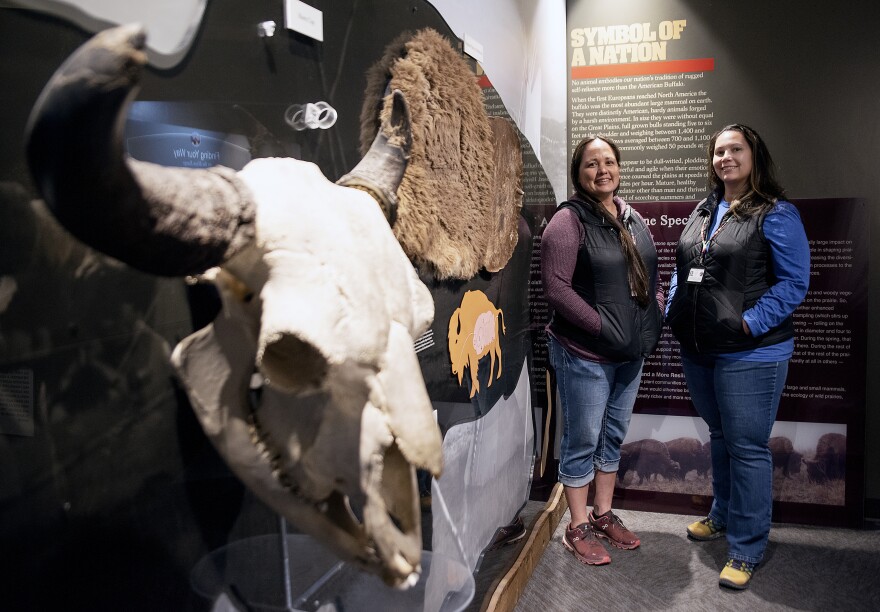 Stephanie Gillin, the education program manager for CSKT's natural resources program, and Whisper Camel-Means, the CSKT's division manager for the bison range, pose for a picture by the skull of a bison at the bison range visitor center. Freddy Monares | Montana Public Radio

Stephanie Gillin, education program manager for the tribes' natural resources program, said she worked with cultural committees to get the correct history for the new exhibits.

"We listen to our elders to where some stuff we have to protect because if we don't, if we put it out there, we lose what it gives to us — you know, we lost that power it gives us," she said.

Generational trauma, Gillin said, is still felt today within tribal communities and correcting the information at the visitor center is about respect and preserving the tribes' history.

The tribes are working to build a bigger museum that will be closer to U.S. Highway 93. It's a push to share their history with more people.