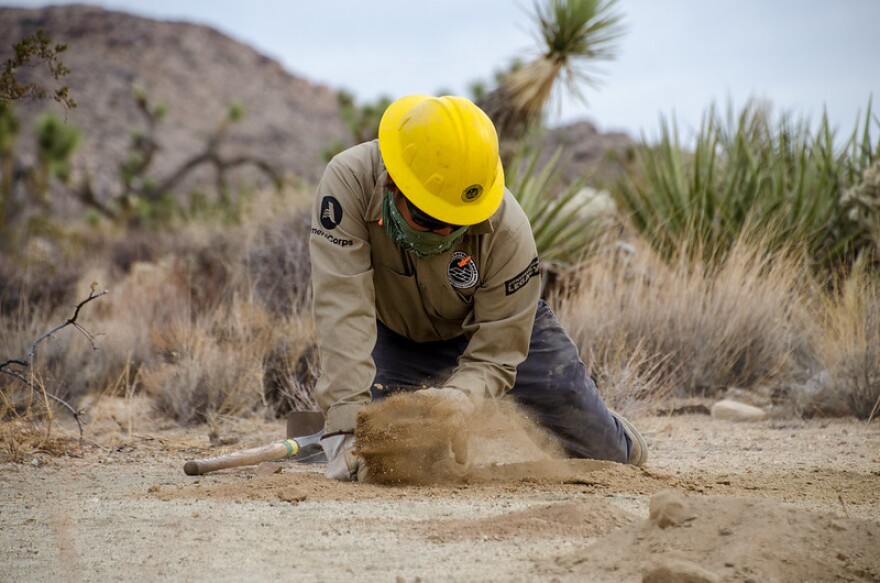 Brittany Chavarria’s relationship with the Valle de Oro National Wildlife Refuge in New Mexico started when she was 13.

Chavarria is from the Pueblo of Isleta, and now she’s an intern at the refuge through the Ancestral Lands Conservation Corps. She wants to encourage others to get involved, too, through a new program called Indian Youth Service Corps.

“Our ancestors have stewarded this land and passed on traditions that teach us how to respect and care for not only the land, but for one another. That’s why I’m inviting Indigenous youth like myself to become involved with public lands that are also the traditional homeland of our people,” Charvarria said during a press call with Sec. Haaland on Friday, June 10.

The IYSC was first established in 2019 as part of an amendment to the Public Lands Corps Act, but now Haaland has published guidelines for people to start building out the corps.

To help, the National Park Foundation announced it would fund $1 million of the IYSC projects, and the Forest Service will chip in up to $5 million more.

This new corps builds upon ongoing tribal youth programs, including one in the Southwest called the Ancestral Lands Conservation Corps.

Listen to the audio for the full story or don't have time subscribe to KSUT Tribal Radio Podcast and listen whenever. TRT [1:11]