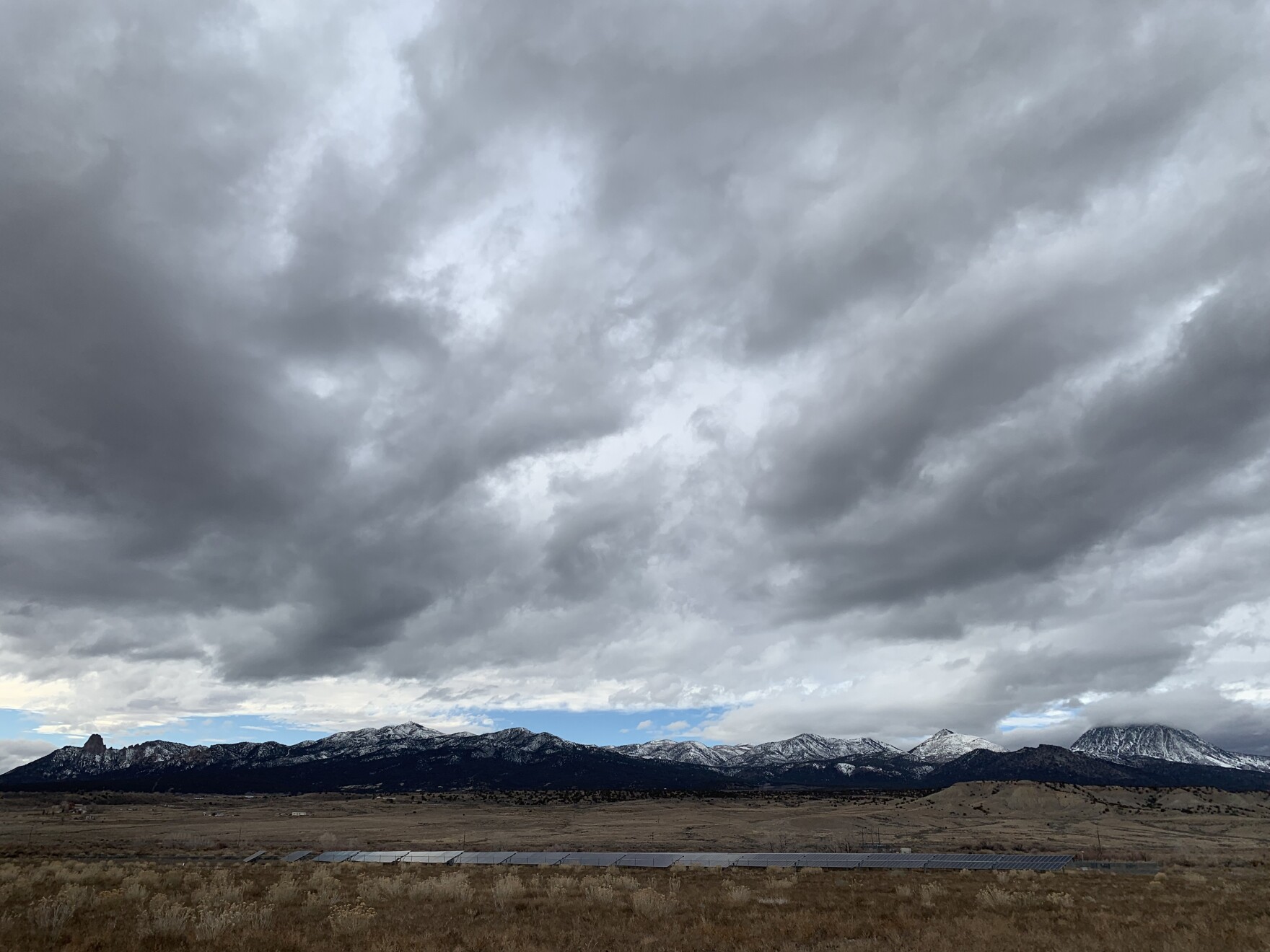 The Ute Mountain Ute tribe’s main solar project sits at the base of Ute Mountain and supplies the town of Towaoc with supplemental electricity.
Lucas Brady Woods / KSJD

Driving along a gravel road on the Ute Mountain Ute reservation, it’s easy to see why the landscape is a good place to generate solar power. It’s the high desert of Southwest Colorado, which means there’s a lot of open space and bright sunlight.

In one of those wide open spaces, a valley at the base of Ute Mountain, is the tribe’s main solar project.

“It's a way to save electricity dollars,” says Scott Clow, the Ute Mountain Ute tribe’s Director of Environmental Programs. “We even created our own little micro grid here.”

The project is made up of rows of solar panels that cover about 4 and a half acres of former alfalfa fields. Since it went online in 2020, it’s provided electricity to the main town on the reservation, Towaoc. Clow says it helps power homes, governmental buildings, and the tribe’s casino.

He also says the current project is just the beginning.

“This project is that stepping stone,” says Clow. “To get the tribal membership to embrace this technology, and what it can do for the tribe.” 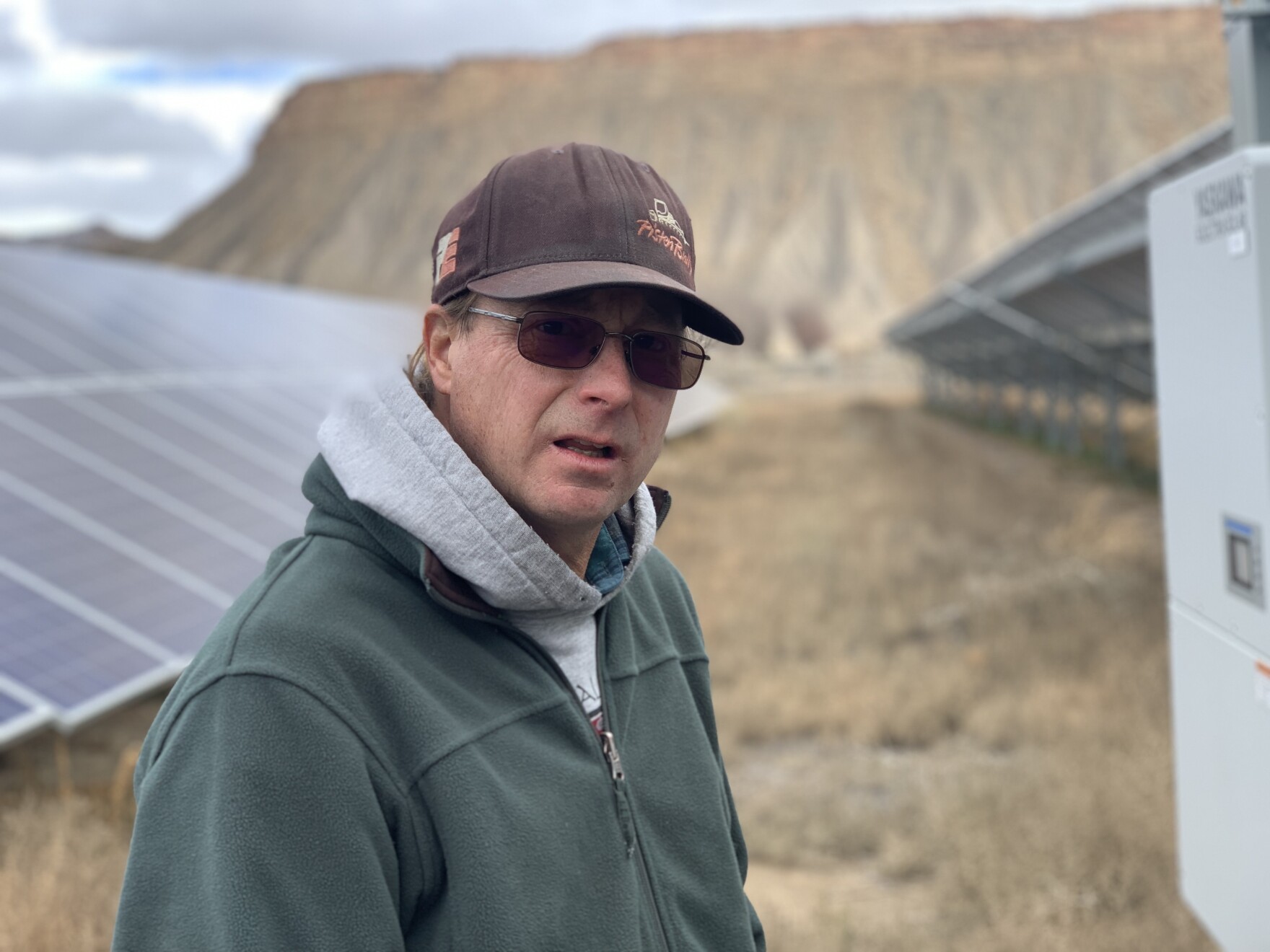 There are two other community-level Ute Mountain Ute solar projects in the works. One of them will be similar to the Towaoc solar project, but will serve another community, White Mesa. Another, smaller scale project will provide power to a housing facility.

But the tribe also hopes solar can offer economic benefits beyond just providing supplemental electricity - by producing power that can be sold outside the tribe, for a profit.

“We're looking at how to replace those many, many millions of dollars that once came to the tribe through oil and gas, with renewable energy,” says Clow.

The Ute Mountain Utes have been in the oil and gas business for over 70 years, and historically, it made up a large portion of the tribe’s economy. But that revenue has been declining for a long time. According to Clow, that decline, combined with increasing pressure from climate change, pushed the tribe to move towards a clean energy economy instead.

Archie House, Jr, is Vice Chairman of the tribe's council and is also involved in the renewable energy team. He says replacing the revenue lost from the oil and gas industry is really about investing back into the community.

“A lot of our revenue that comes from the commercial status here will be focused back into the community to help the individual member, whether it's with food, services or infrastructure,” says House. “That will actually boost up the community to a level once seen with our oil and gas funding.”

But, the commercial project is still in its early stages, and tribal leadership is proceeding carefully with its development.

One important step, for example, is making sure the community is on board. House says tribal leadership plans to involve the public through surveys and presentations about the projects. That will help community members understand that investing in this isn’t just about raising money.

“Solar and renewable is more of a clean type of history that we’ll leave for our future generations here,” says House. “It's better to be part of a part of the answer than going off in another direction where it may not be something good for the future.”

And House says community members are already noticing changes to the climate, like warming temperatures and less water. 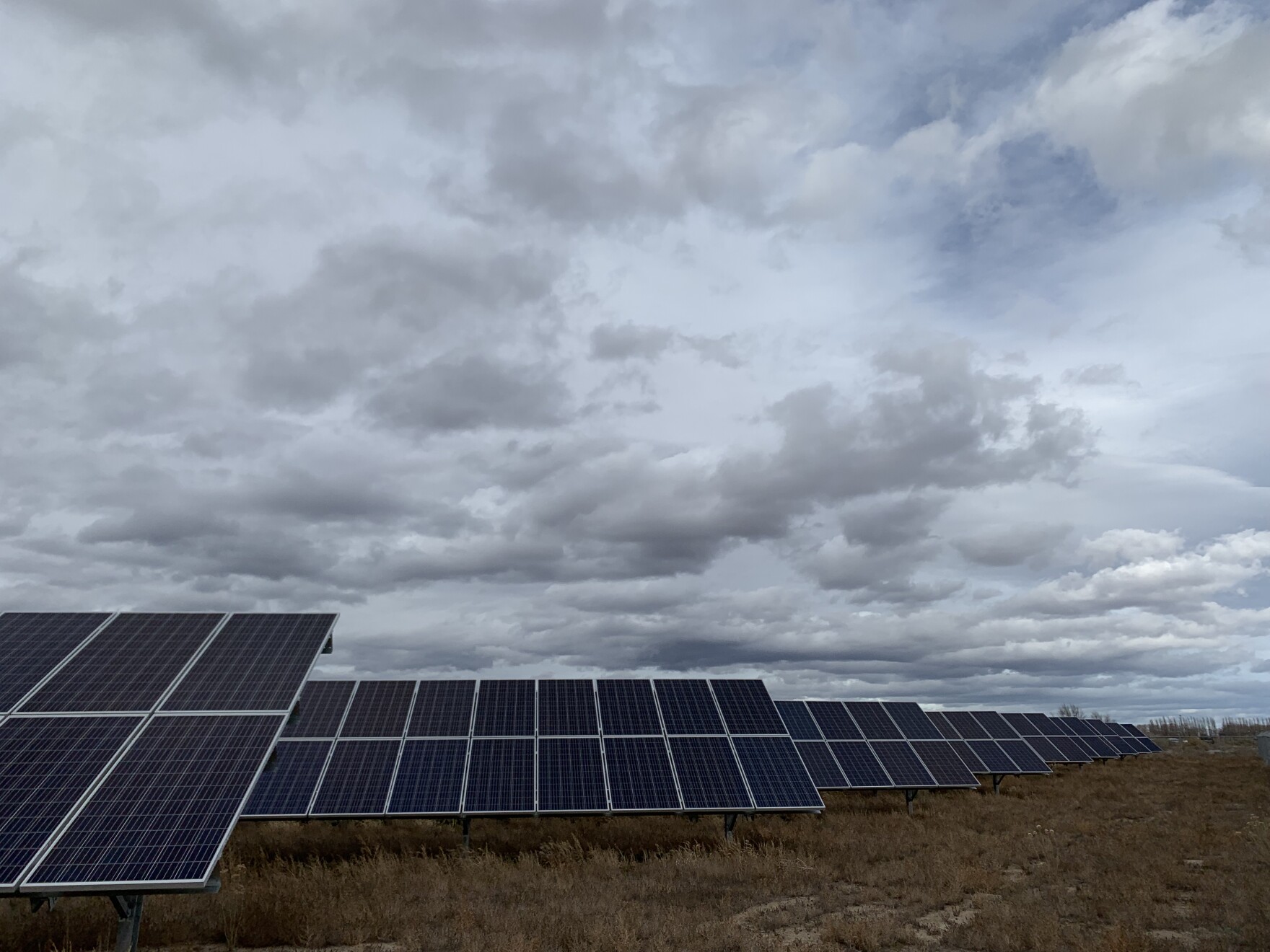 Aliette Frank is a lecturer in the environmental and climate institute at Fort lewis College. Her work focuses on climate change and tribal communities in the Four Corners region.

“It's particularly important in the southwest,” she says. “Because, if you bring in the idea of environmental justice, a lot of these populations are the ones that are hardest hit by changing climate."

She also hopes the Ute Mountain Ute solar projects can go beyond their own people, and serve as an example for others who can invest in renewables.

Back on the Ute Mountain Ute reservation, Scott Clow agrees.

“The magnitude of potential for renewable energy in Indian Country across the United States could put tribes ahead of the rest of the nation,” he says. “And that’s profound.”

But he also says, at the end of the day, Ute Mountain Ute renewable energy projects aren’t about standing out as a leader. They’re about making sure the needs of the tribe’s people are met well into the future.