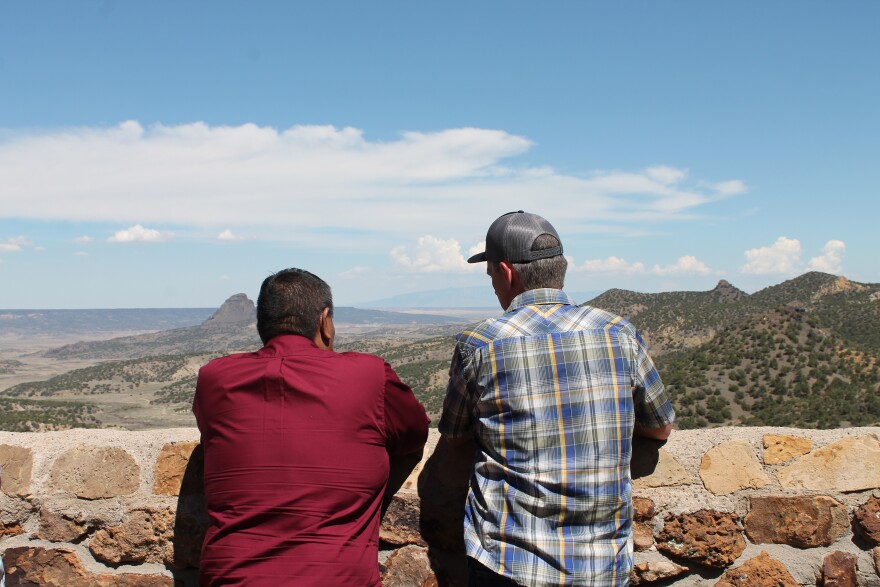 In late June, tribal leaders and New Mexican officials celebrated Indigenous peoples’ access to a new swath of public land, a 54,000-acre addition to the Marquez Wildlife Area that was previously private.

The landscape is a mixture of juniper forests, the remains of volcanic cones and a dirt road snaking through it all — Pasqual’s ancestral land.

She is one of many stakeholders praising the state's purchase of the property known as L Bar Ranch.

The vast grasslands that transition to red mesas and ponderosa pines are the traditional homelands of the pueblos of Acoma, Laguna and Zuni, as well as the Hopi Tribe, the Navajo Nation and others.

The land is religiously significant to as many as 30 tribes, according to a press release about the acquisition. It sits near Mount Taylor, an extinct volcano significant to several Indigenous creation and migration stories. 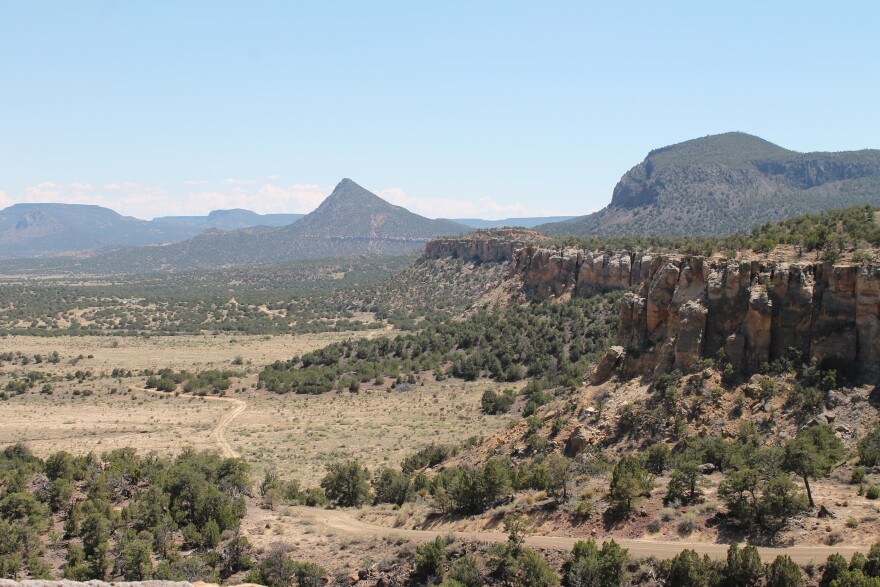 Land new acquired for the Marquez Wildlife Area June 2022. With the addition the area will be the largest state-owned recreation property in New Mexico. (Photo credit: Emma Gibsom | KUNM)

This conservation deal was brokered by the nonprofit Trust for Public Land, which has some 96 active projects around the Mountain West. It calls the L Bar Ranch deal “a once-in-a-generation win,” creating New Mexico's largest state-owned recreation property.

Jim Pettersen, who leads TPL's work in the Mountain West and Southwest, says the size of the acquisition is “very uncommon” for the region and one of the biggest public land acquisitions in the U.S. this year. TPL also is involved in an upcoming transfer of 50 acres for Zion National Park to the National Park Service, and the acquisition of about 19,200 acres to create a Fishers Peak State Park in southern Colorado.

For Martin Kowemy, the governor of the Pueblo of Laguna, access to the L Bar Ranch lands is about the survival of Indigenous culture.

“It is important that our future — our kids, the ones that are not here yet — are able to enjoy the natural beauty of this place,” Kowemy said. “I think that’s the most important thing — that we need to provide for them, save for them.”

While enjoying the view in a rocking chair at the ranch’s lodge set atop a mesa, he mused about the cultural knowledge that could be passed on to Laguna youth.

“What are the medicines around here? What did we use? How did we use it? How did we cultivate? There’s just so many things, even just to hunt [and] skin,” he said.

It’s not only Indigenous leaders celebrating the deal. A hodgepodge of New Mexico lawmakers, environmental advocates, state agencies and private funders advocated for the $34 million purchase. 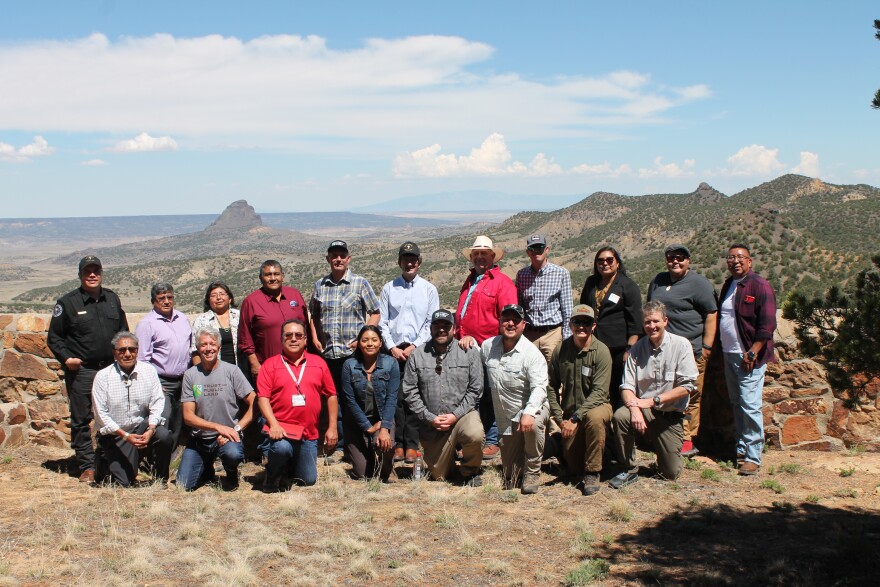 U.S. Sen. Martin Heinrich, D-NM, is excited that the new addition connects winter and summer habitat for a variety of animals.

“If you look at where the other public land is out here, the national forest, this kind of wraps around all this, and the wildlife in particular, need access to all of that,” he said. “If you developed this, it would really make things hard on the elk herd out here.”

Stewart Liley of the state Department of Game and Fish says they’re planning a lot of grassland habitat restoration for elk foraging in the winter. He says they also want to restore the pronghorn population and conserve at-risk migratory birds.

“What’s so unique about this, again, it’s unfragmented — from grassland to montane meadows to the top of Mount Taylor,” Liley said. “It’s one of the last big unfragmented habitats that’s now intact.

Liley says the department expects to open the property up for hunting next year.