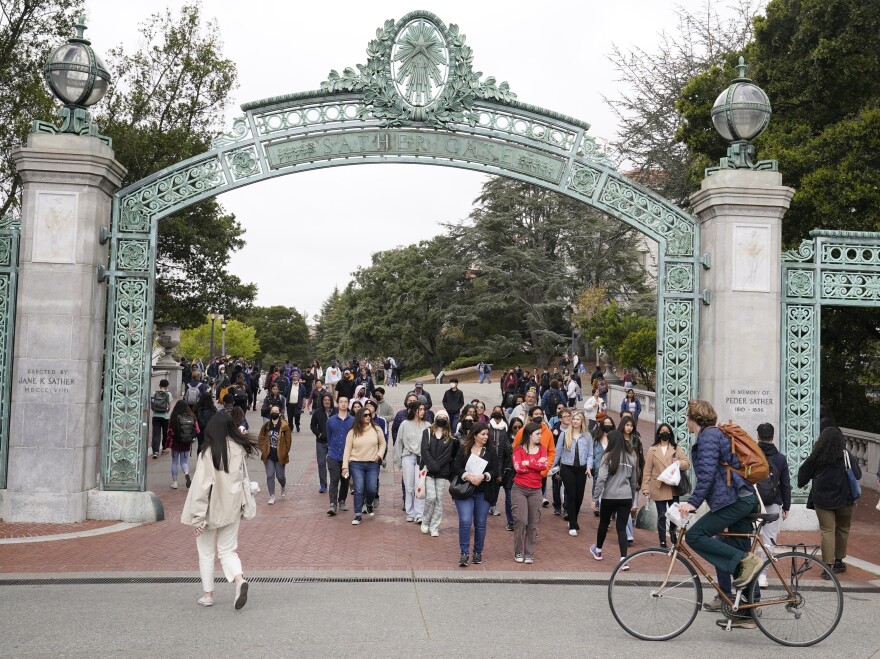 Students make their way through the Sather Gate near Sproul Plaza on the University of California, Berkeley, campus on March 29 in Berkeley, Calif. Eric Risberg | AP

The University of California system will waive tuition and fees beginning in fall 2022 for Native American students who are state residents and members of federally recognized tribes.

The initiative is part of the UC Native American Opportunity Plan, which is designed to bolster student diversity and to make the university "more affordable and accessible" for Native American students, system president Dr. Michael V. Drake wrote in a letter to UC chancellors.

Tuition for new undergraduate students who are California residents is $13,104 for the 2022-23 school year. The estimated average cost of attending UC as a state resident and new student is $38,504, which includes housing, meals, transportation, supplies and fees. The total cost of attending depends on the campus.

In his letter, Drake said that the funds for the program will come from "existing State and University financial aid programs as well as other resources."

Tuition scholarships for California residents from tribes that are not federally recognized might be available later through other organizations, according to the letter.

The program could benefit about 500 undergraduates and 160 graduate students, LAist reported.

In the fall of 2021, there were 1,467 combined undergraduate and graduate students who identified as American Indian — half a percent of the student body — across University of California campuses, according to data from the university.